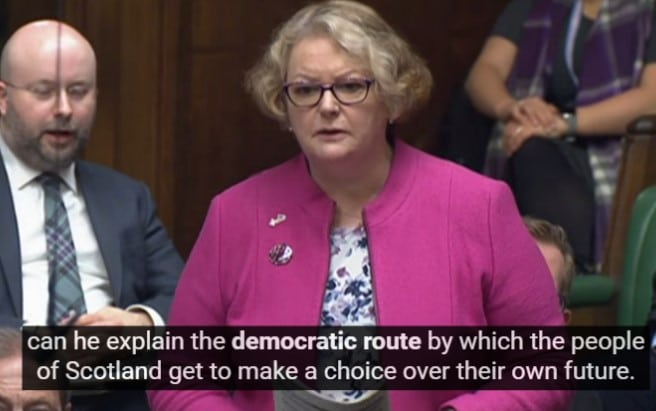 Thank you very much, Mr Speaker.

During the 2014 referendum, we were told that Scotland was an equal partner in a “family of nations”, yet the disaster that is Brexit was forced on Scotland against our will.

And we see devolution wound back by legislation such as the Internal Market Act.

So if the Prime Minister still claims the UK is a voluntary union, can he explain the democratic route by which the people of Scotland get to make a choice over their own future.

Mr Speaker, the UK is a collaborative and constructive union that is delivering for the people of Scotland, even in her own in Ayrshire itself, where we’re working collaboratively with the Scottish Government to invest in aerospace, advanced manufacturing and space. Those are the types of activities that will bring tangible benefit to the people in her region, and that’s the right focus for the government.