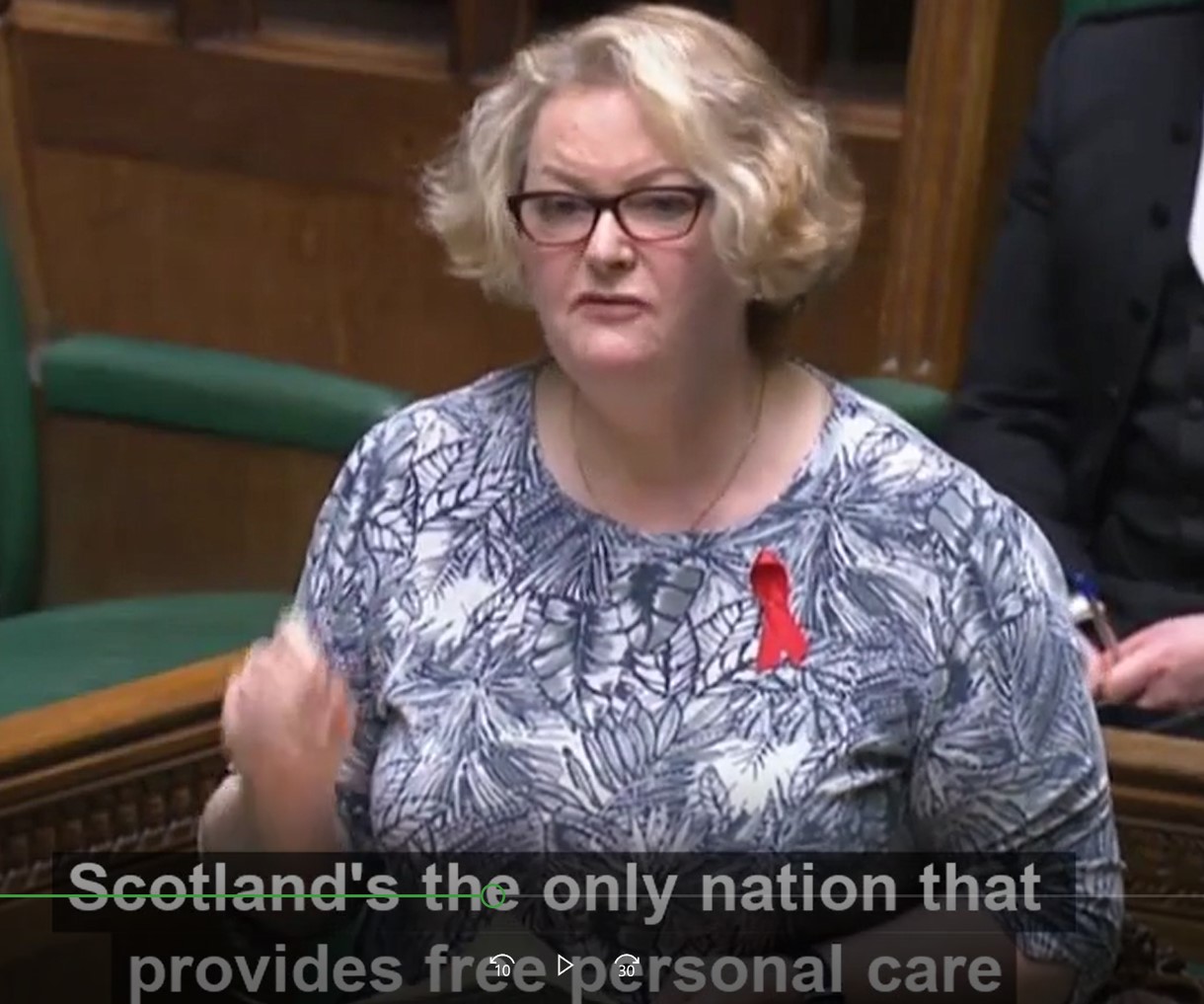 Today, I challenged the UK Care Minister to match the Scottish Government on a real living wage for care workers; to provide free social care in England same as we have in Scotland; and to provide funding for social care right now.

The challenges around social care of increasing need and demand are the same across the 4 nations. Until now the approach has been very different.

The Scottish Government have always believed that you see social care as an investment in allowing everyone to participate in society and live as independent and satisfying lives as possible.

I do welcome the change in narrative and tone that we see in this statement.

The Feeley Review which was carried out last Autumn in Scotland plans a human rights approach to social care, and sets out a path to developing a National Care Service, to ensure high quality standards right across Scotland for the users, and also fair terms, conditions, and career development for the staff.

As has been said, workforce is absolutely central, of all services, it is social care that is delivered

by people, for people.

I wonder if the minister will commit to raising pay for social care staff in England to £10 an hour, as the Scottish Government have planned, from this month.

Brexit and the loss of freedom of movement have unfortunately exacerbated workforce shortages, in both the NHS and care systems, to well 100,000 shortage in care.

Scotland’s the only nation that provides free personal care which has now been valued by this UK government at £86,000 a head.

Would she consider, in this redevelopment, looking at providing free personal care to people in England?

While the Scottish Government are planning a 25% uplift in social care funding over this parliament, the national insurance uplift is largely going to be given to tackling the NHS backlog over the next 3 years.

Does she not recognise the care crisis is right now?

The problems in A&E are not caused by people coming to A&E.

It is the difficulty in getting patients into beds, due to delayed discharges, due to a lack of social care provision.

Will she come up with what funding is going to go for social care right now to tackle the crisis as we go into winter?

Many countries across the world are grappling with this issue, as we have an aging demographic, we have different ways that we live, we all live longer, much longer, with more complex needs.

Often not close to our families as we’ve increasingly globalised.

Many countries are looking to address those challenges, including Scotland.

It is important that we build the talent pipeline here.

It is important not only that we invest and train our own people, but that we build that sustainability, we aren’t always reliant on taking workers from many other countries.

We do have a visa route for senior social care workers, and we do have reduced salary levels, I think £20,480 was the salary level for those.

I’m sure that probably fits the minimum hourly rate.

Of course we have different approaches.

We had a commission on adult social care which gave the results in 2011, that’s the one that we’ve used to build our basis of reforms.

I know Scotland have taken a different approach.