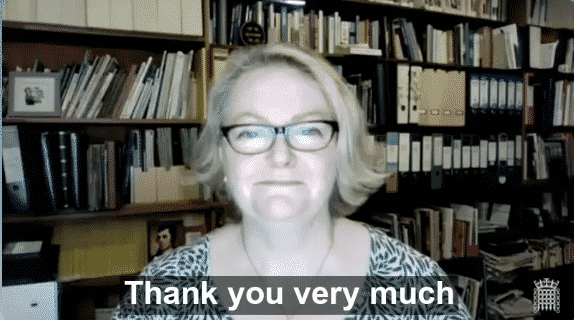 This week I took part in the Parliamentary debate on COVID-19, following the Prime Minister’s ‘roadmap out of lockdown’ announcement.

I opened by paying tribute to all those involved in delivering the vaccine across the 4 nations of the UK, including healthcare staff, volunteers and the armed forces. At the time of my contribution, 1,445,488 first doses of the vaccine had been administered in Scotland alone.

Public Health Scotland’s initial data shows a vaccine effectiveness rate of between 84% and 94% in reducing Covid-related hospitalisations; welcome news indeed. However, we must still proceed cautiously and do everything we can do suppress the virus as moving too fast simply risks it remaining in circulation and mutating into new, vaccine resistant strains.

I was, therefore, concerned when the PM, despite promising to focus on ‘data rather than dates’, nonetheless proceeded to announce a long list of dates whereby they hope to lift various restrictions, and still without ensuring certain basic measures are in place, including the provision of an effective ‘test, trace, isolate and SUPPORT’ system as lockdown restrictions are eased and tightening travel restrictions for those coming into the UK.

The idea that you either choose public health or you choose the economy is a false dichotomy as we know from other countries which have successfully followed elimination strategies that acting quickly and stringently with Covid allows for the safe re-opening of more economic sectors at earlier stages.

You can watch my full contribution to the debate here: https://www.youtube.com/watch?v=Ww-Fvwx_zcc

As we move into the second year of covid, and despite still being in lockdown, there are key positives to be celebrated. The vaccine roll-out is progressing quickly, and staff in all four national health services should be congratulated, along with the Army, who have provided logistical expertise, and the thousands of volunteers who have helped to ensure the safety and organisation of vaccination centres. Vaccine uptake has been way above expectations and, with the hope that vaccination will prevent viral transmission as well as protecting the recipient, everyone who rolls up their sleeve is contributing to the fight against the pandemic. However, concerns remain about lower vaccine uptake among certain groups, including some who are particularly vulnerable to covid, such as BAME communities. Anyone offered the vaccine should take up their appointment. If they have questions, there is information on the NHS websites, or they can ask their local GP practice.

Until now, any increase in covid cases has led to an inevitable rise in hospitalisation and deaths just a few weeks later, but as more vulnerable groups are vaccinated, that is starting to change. We are already seeing the benefit to those who were vaccinated first in Scotland. An analysis of over 1 million vaccine recipients by Public Health Scotland has today revealed a reduction in hospitalisation of between 85% and 94% for the two vaccines. Owing to its integrated structure, Scotland’s NHS was able to get permission from the Medicines and Healthcare Products Regulatory Agency to deliver the Pfizer vaccine to all elderly care homes from 13 December. That has led to a 62% drop in deaths among residents throughout January. That dramatic fall will, we hope, be replicated in data across the rest of the UK in just the coming weeks.

As the Prime Minister has highlighted, one possible threat to the success of the vaccination programme would be the importation of a more vaccine-resistant variant, such as that which has arisen in South Africa and has already been shown to be resistant to antibodies from those who have recovered from covid. This threat makes it inexplicable that when the UK Government have finally decided to set up monitored border quarantine, it is on such a limited basis—so much for following the science! There should be mandatory quarantine for arrivals from all countries, as there is nothing to prevent someone from travelling from South Africa or Brazil via a third country. The South African variant is already present in at least 35 other countries and new variants could be evolving as we speak. The Government’s suggestion that people will be able to travel abroad for summer holidays seems to be courting danger, as many countries will not be vaccinated and therefore pose an increased risk that holidaymakers would bring back new variants; surely this is a sacrifice we could all accept if it allowed children to be in school and our domestic economy to open up. This measure must, however, be combined with support for the aviation, aerospace and international tourism sectors.

On the Prime Minister’s road map out of lockdown, I welcomed the suggestion that decisions that would be based on data rather than dates, but he then proceeded to announce a whole list of dates. Although it is good to see cases falling so dramatically across the UK, from almost 60,000 a day to just over 11,000 a day, case levels are still more than double what they were when SAGE called for a lockdown on 21 September. The number of covid patients in hospital is 10 times what it was last September and only just dropped below the peak of the first wave last week.

While Scotland has maintained lower case levels throughout the second and third waves, progress in all four nations is slowing, and this is thought to be due to the greater infectiousness of the B117 Kent variant. Thankfully, this variant appears to be just as sensitive to the immune response induced by current vaccines, but every time the virus spreads and replicates itself, there is an opportunity for mutation and the risk of a problematic domestic variant emerging, including one that might be resistant to our current vaccines. The UK has already faced three waves of covid and three lockdowns, and it is important that current restrictions remain until case levels have been driven low enough to give the vaccine programme a chance to succeed and health services time to recover. It is not a matter of setting the economy against public health; it is through stopping community spread that we would be able to get our domestic economy and society back up and running.

Once covid levels have been brought down, it is critical to have an effective system to test, trace and isolate those who could be carrying the virus, in order to keep control of the outbreak. Unfortunately, one in eight cases are still not being reached by NHS Test and Trace, and surveys suggest that as few as one in three people are isolating when required. The commonest reason is that they cannot afford to lose their income, yet more than half of those applying for the Government’s support payment are being turned down, which makes it very unlikely that they would then isolate. The Government need to widen the eligibility criteria and review the level of payment, which is less than the minimum wage. It is in everyone’s interest to ensure that those who could be carrying the virus isolate so we avoid onward spread. All these measures carry a cost, but when we see the flourishing domestic economies of the countries that acted quickly and stringently last year, we can see the cost of not taking action, both in lives and in economic damage.