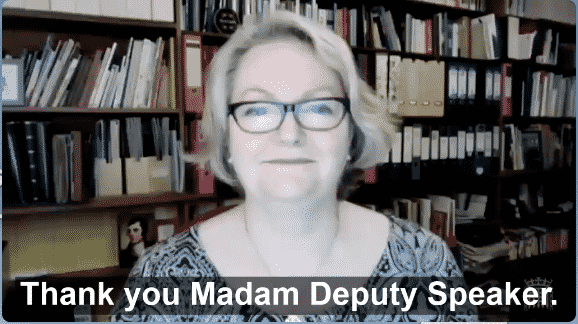 This week I participated in the Parliamentary debate on the UK Space Industry, secured by my colleague Owen Thomson MP.

During the debate, I highlighted the immense potential of Prestwick airport, in my constituency, to operate as a horizontal launch spaceport with its many advantages – a 3 km runway, clear weather, good transport links and Scotland’s largest aerospace campus next door.

I also spoke of the importance of having an overall space strategy to stimulate the whole sector and so the global research, innovation and manufacturing opportunities of this industry are not missed.

The biggest unresolved issue, however, which I have raised previously with the Government, is that companies must accept unlimited liability to indemnify the Government against third-party damage. Without a cap on liability it is impossible to get insurance and this is already driving some micro-satellite companies out of the UK to other countries.

Concern also exists at the lack of consultation on moving regulation from the UK Space Agency to the Civil Aviation Authority, especially as the latter has its hands full with taking on aviation safety after Brexit.

You can watch my full contribution to the debate here: https://www.youtube.com/watch?v=z_pZbI45ODM

The value of the UK space industry has more than trebled since 2010 and impacts on our daily lives, including the TV we watch, GPS navigation in our cars, and the covid apps on our mobile phones. While these services are delivered by large equatorial satellites, the UK would be likely to specialise in launching small, low-orbit satellites that are used for Earth observation, such as weather patterns, signs of climate damage or tracking shipping.

Scotland is a major player, with almost a fifth of UK space sector employees. Glasgow is the leading producer of micro-satellites, while Strathclyde, Glasgow and Edinburgh universities have innovative research departments. Scottish companies, such as Skyrora and Orbex, are already developing commercial launch vehicles and both have produced low-carbon fuels to minimise their climate impact. Scotland also hosts five of the seven potential spaceports, including Prestwick airport in my constituency. Prestwick already has many advantages as a horizontal launch spaceport, with a 3 km runway, clear weather, good transport links and Scotland’s largest aerospace campus.

The UK space industry is currently held back by the lack of a domestic launch site, but the licensing and regulation system of the Space Industry Act 2018 is still not finalised. The industry is concerned about the technology safeguarding agreement with the US, which could exclude foreign-launched customers from UK spaceports. It would be a failure if they just ended up as long strips of tarmac awaiting the occasional visit of a US vehicle.

The biggest unresolved issue is that companies must accept unlimited liability to indemnify the Government against third-party damage. This is disproportionate, as small satellites would largely burn up on re-entry. Without a cap on liability, though, it is impossible to get insurance, and this is already driving some micro-satellite companies out of the UK. There is also concern at the lack of consultation on moving regulation from the UK Space Agency to the Civil Aviation Authority, especially as the latter has its hands full with taking on aviation safety after Brexit.

It is critical that spaceports stimulate the whole sector, with a boost to research, innovation and manufacturing, and that they inspire more young people to go into the sector. The most important requirement is an overall space strategy so that the opportunities of this global industry are not missed.