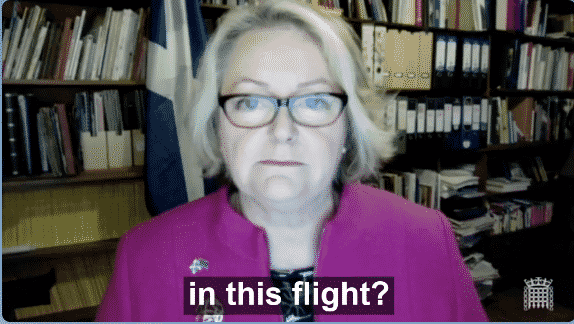 Yesterday I asked the UK Parliamentary Under-Secretary of State for Immigration Compliance to give legislative certainty and protection for those who came here as children and are facing deportation to Jamaica.

The Minister’s response shows that nothing had been learned from the Windrush. He continues to talk about murderers; yet deports those with sentences as sjort as 12 months, including those who have grown up in the UK.

The scheduled mass deportation due to take place this week to Jamaica would be abhorrent during normal times; but is also dangerous during a global pandemic.

You can watch my full contribution to the statement here:

Happy St Andrew’s day, Mr Speaker. This is not just about whether people are themselves connected to the Windrush generation. Deporting those who have been in the UK since childhood shows that the lessons of Windrush have not been learned. The Minister keeps referring to murderers and rapists, yet deportation applies to those with sentences as short as 12 months. Is it not time to provide legislative certainty and protection for those who come to the UK as children? Can the Minister say how many were originally included in this flight?

I would like to reciprocate by wishing the hon. Lady a happy St Andrew’s day as well; I am sure the whole House will join me in that.

When it comes to removing people who are not British citizens—who are citizens of another country—but who put our constituents at risk, it is right that we move to deport as we currently do. The debate about whether some age threshold is appropriate is one that this House had in 2007, when the House rightly decided that anyone who is convicted of an offence and sentenced to more than a year is in scope. [Interruption.] The right hon. Member for Tottenham (Mr Lammy) says something from a sedentary position. He himself voted for that Act, so he expressed his opinion on this matter in the Division Lobby back in 2007.