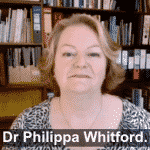 Today I asked the UK Secretary of State for Health a series of questions about the UK Government’s response to the Covid crisis; specifically, the suitability of the new tier approach to restrictions in England and how much support is being made available for Covid contacts to isolate.

He also completely ignored my question about the logic of allowing 1000 people at indoor events in high risk areas in England from next week. With only 15 allowed to attend weddings, it is hard to grasp the logic of this.

You can watch my full contribution to the statement here: https://www.youtube.com/watch?v=AUa_zUJIFRg

Many scientists have expressed concern that the easing of restrictions at Christmas could lead to another surge of covid cases in January. With cases still over 80% of the level at the start of lockdown, is the Secretary of State not worried that allowing outdoor events of 2,000 participants and indoor events of 1,000 in level 2 high-risk areas could drive up infection rates ahead of Christmas? Although lateral flow testing is very welcome, given how it increases capacity, the Secretary of State previously stated that the mass testing in Liverpool was a pilot and would be evaluated before being rolled out elsewhere. As the city has also been under tight restrictions and then lockdown, how will the impact of mass testing alone be evaluated? How does he plan to counter the lower uptake among deprived communities—the very ones at highest risk, as seen in Liverpool—and with no clinical evaluation yet published, how can he justify putting out contract tenders for an eye-watering £43 billion and rolling out this approach to 67 other areas? Should this strategy not be compared with investing money and energy in getting the traditional test, trace and isolate system working properly? Currently, over 40% of contacts in England are still not even informed that they should be isolating.

Finally, the Secretary of State knows that it is not testing, but isolation, that stops the spread of the virus. If people who are infected or could be carriers are not isolating, no amount of testing will stop viral spread. A study by King’s College London that suggested that fewer than a quarter were isolating when advised was incredibly worrying, so what assessment are the Government doing to clarify current isolation rates and understand the reasons why people may not follow the advice they are given?

Of course, we are constantly evaluating the impact of people isolating, and how many people isolate when asked to. I would encourage the hon. Lady to look at a broader range of studies than just that one from King’s College, especially those dealing with the self-isolation of those who test positive, for whom the rate tends to be higher.

The hon. Lady asked about the use of these lateral flow tests to have a negative impact on the number of cases in an area. Of course, we have been evaluating this all the way through the study in Liverpool, which is why we can have confidence in rolling out more broadly across tier 3 areas. I included in my statement a high-level assessment of this. The number of cases in Liverpool city region is down by two thirds, but in the city itself, where the testing took place—the testing was of people who live in the city and of people who work in the city and live largely in the wider city region—the number of cases is down by over three quarters. That is one piece of evidence. It is clear that it is the combination of people following the rules and community testing, with appropriate incentives to get people to take up that mass community testing, that can help to make this work. We want to work with local directors of public health to understand how this can work effectively in their areas, precisely to reach those hard-to-reach people whom the hon. Lady mentioned.

Finally, I echo the hon. Lady’s request that we be cautious this Christmas. However, I am delighted that we have agreed an approach across the whole UK, including with the SNP Administration in Edinburgh, with the Welsh Labour Administration and the cross-party Administration in Northern Ireland, because there are so many ties that bind us together and mean that we are stronger as one United Kingdom, working together to tackle this virus.