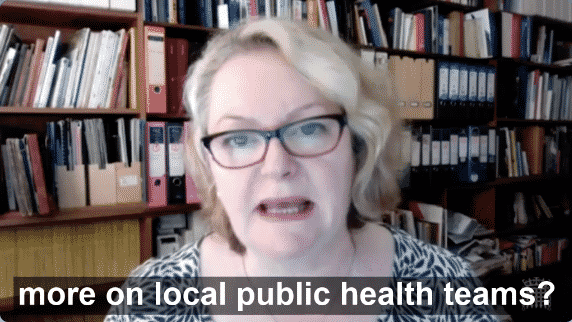 During today’s health and social care oral question session, I questioned the Minister on the issues of Lighthouse Labs and the contact tracing system in England, and what additional funding will be provided specifically to increase NHS lab capacity.

Because the UK Government chose to set up a commercial COVID-19 testing system, instead of funding the expansion of NHS labs, problems in Lighthouse Labs affect all four nations of the UK but without devolved governments having any control.

Scotland’s COVID-19 tracing system, based on experienced public health teams, has reached 95% of contacts whilst, four months on, SERCO has only reached 61%. It is time to involve local Public Health Teams in England.

With covid, speed is of the essence, but people are struggling to get a test due to limited capacity at the Lighthouse labs. New labs were due to open in Newport in August and in Loughborough last month, but both are delayed. As NHS labs are having to take on more testing, can the Minister say what additional funding will be provided specifically to increase NHS lab capacity?

The context is the huge increase in the testing capacity of our system that we have already seen, going from in the order of 2,000 tests a day back in March to well over 200,000 tests a day now and building up to 500,000 tests by the end of this month. I recognise also that there is both the Lighthouse labs—what is known as pillar 2 testing system—and the important part that NHS testing facilities play in the pandemic. And of course the hon. Member will know that a huge amount of money has been and is going into the NHS to support its response to covid.

Scotland’s public health-based tracing service has reached over 95% of contacts, yet four months on, the Serco system in England has still only reached 61%. As finding contacts and getting them to isolate is critical to reducing covid spread, should not tracing in England now be based more on local public health teams?

It may be helpful to say that, since the NHS Test and Trace system started, it has contacted 78.5% of those who have tested positive, and then 77% of their contacts have been reached. There is an important part of the system where the national contact tracers are handing over to local authority contact tracers who are able to access the same system and are supported in contact tracing but, critically, are also using their local knowledge of the local area to increase the success rate. It is really important that people are reached wherever possible and advised to self-isolate.

May I also say how much I appreciate and thank all those who are doing the right thing by self-isolating, both those with symptoms and those who have been contacted by contact tracers?