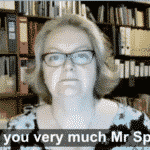 Yesterday, I asked the Secretary of State for Health why the UK Government made the ideological decision to set up a parallel commercial lab system, instead of funding extra NHS lab capacity. It has undermined the ability of local public health teams to access results and stop COVID-19 outbreaks.

Furthermore, I asked why the UK Government have decided to further ease lockdown when published data on COVID-19 cases in England were out by 50%.

You can view my question below and see the full text here in Hansard.

Naturally, I too am delighted that Scotland has had no deaths for four days and only five cases today.

Public Health England began publishing combined data from commercial as well as NHS labs at the beginning of this month. Since then, it has become clear that Leicester has had far more covid cases than it was previously aware of, with almost 900 over the last three weeks. This data is published only weekly, however, which is of no use for tracing contacts or the early identification of an outbreak.

The Secretary of State tends to focus on the number of tests, but does he accept that it is actually tracing and isolation that stop the spread of the virus? How does he expect local public health teams to identify an emerging outbreak if they cannot access accurate data, and how can they manage one if they are not sent individual test results in realtime? When will he be able to guarantee that test results are sent immediately to GPs and local public health teams, so that they can trace contacts and isolate patients?

The lack of accurate data can also affect Government decisions. On 10 May, when the Prime Minister eased lockdown across England, almost 40,000 positive cases from the commercial labs were not included in the data of the four nations. Even now, the UK Government website claims that there have been just over 160,000 covid cases in England, despite Public Health England reporting that there have actually been 240,000. Does the Secretary of State really think it safe to go ahead with opening pubs and restaurants across England when there have been 50% more cases than previously reported? If the UK Government were aware of this much higher incidence, why have they knowingly been publishing false information on their website?

The hon. Lady frequently tries to divide the testing system between those tests done in hospital labs and those done in the labs that we have built over the past few weeks. That is the wrong approach—it is only because we managed to build those labs that we have such large testing capacity across the UK. Those tests from the lighthouse labs are available in Scotland, Wales and Northern Ireland, as well as England. I pay tribute to the work of those labs, which have done so much to deliver what is now an extraordinary testing capability that we can bring to bear on specific problems, such as this one in Leicester.