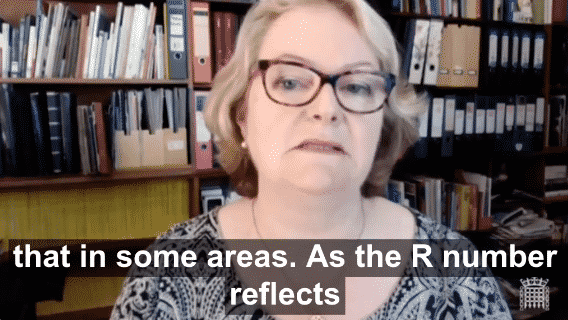 At today’s Urgent Health Questions, I asked the Secretary of State for Health a number of questions in relation to the UK Government’s response to the COVID-19 pandemic.

Firstly, I asked whether he accepted that an assessment of the impact of people returning to work and school should be made before easing further lockdown measures.

Secondly, on the issue of testing and tracing, I asked whether he thought investment should been made into the public health system instead of Serco, a private tracing company with no expertise in this area.

I then asked why test results from commercial labs are not being sent to local GPs and public health teams to allow for contact tracing.

Finally, I argued that risking a second wave of COVID-19 would have an unnecessary detrimental impact on the UK economy and that caution must be had when easing lockdown restrictions.

The SoS failed to answer the specifics of my questions and, instead, opted to attack the way in which they were asked. As ever, he chooses what ‘science’ he listens to and doesn’t respond to legitimate concerns about outsourced test and trace providers. How can the UK Government’s ‘test, trace, isolate’ be world leading when it’s months behind other countries?!

The R number is close to one across England and may even be above that in some areas. As the R number reflects lockdown changes made a couple of weeks ago, does the Secretary of State not accept the need to assess the impact of sending people back to work and school before making further changes to lockdown?

With Serco admitting that its tracing system will not be fully operational until September, would the Secretary of State not have been better investing in public health systems instead of a private company with no expertise? Why are the test results from the commercial labs still not being sent to local GPs and public health teams to allow contact tracing? Finally, we all recognise the economic impact of lockdown, but does he not accept that the worst thing for the economy would be a second wave needing a second lockdown?

As a clinician, the hon. Lady will recognise that taking into account all the evidence of the rate of transmission is incredibly important, and I think that it is an error and it is wrong and it is beneath the normal standards of her questioning to focus on just one report, rather than on all the reports. I hope that when she speaks to people in Scotland and across the whole country, she will take into account all the evidence, rather than just focus on one report. I urge her to do that, because it is important for the public communications.

The other point I would make is that the NHS test and trace programme is being built at incredible pace. The Prime Minister committed that we would get it up and running for 1 June, and we have delivered that, and that it will be world class, and we will deliver that, but we could not deliver it without the public and private sectors working together. I think the divisiveness that comes through from the other side is a real mistake in these difficult times. Instead, everybody should be working together.