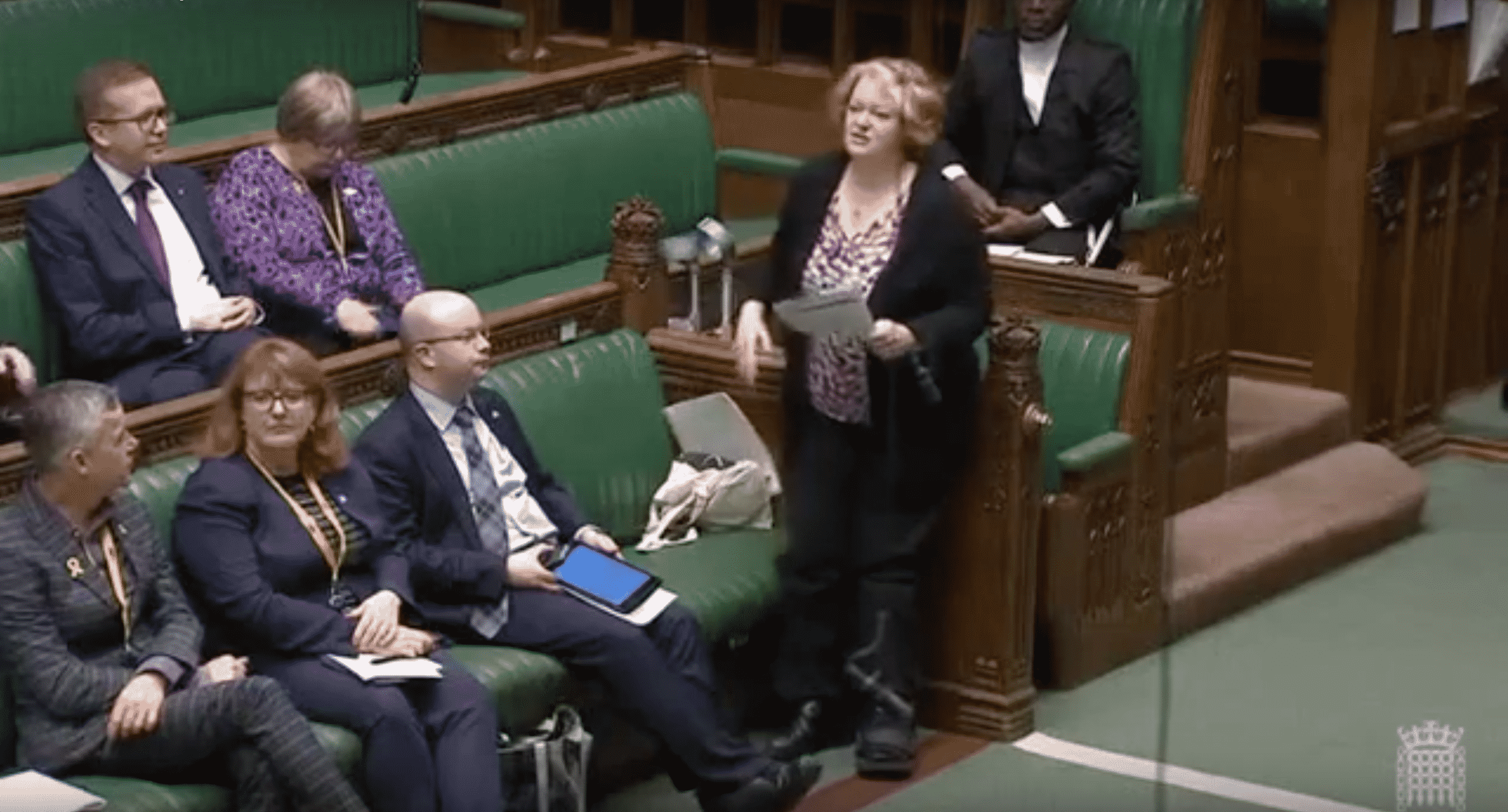 On 24th October, I asked the Secretary of State for Transport about the future of aviation post-Brexit in Prestwick in my constituency, which is home to a vibrant aerospace sector.

I also took the opportunity to highlight that it has been two and a half years since the Bus Services Act was passed and we are still waiting on to secondary legislation to make talking buses a reality.

First up, is my question on the future of aviation after Brexit and what preparations the UK Government have made to ensure the future of engineering licenses and aircraft safety certificates that are currently provided by the European Aviation Safety Agency.

All Text from Hansard
Philippa Whitford

8. What recent assessment he has made of the potential effect on airports of the UK leaving the EU without a deal.

The Minister of State, Department for Transport (Chris Heaton-Harris)

Flights between the UK and the EU will continue whatever the outcome of our EU exit. We are working with airports to ensure that freight can continue to flow, and that any disruption to passengers is kept to a minimum. Aviation security in the UK will remain among the best in the world and passengers will not notice any change to airport security screening at UK airports as a result of EU exit.

Philippa Whitford
Maintenance, repair and overhaul of aircraft is a major and growing industry at Prestwick airport in my constituency. With the Prime Minister’s preferred Brexit deal just one week away, what has already been put in place to provide the engineering licences and aircraft safety certificates currently provided by the European Union Aviation Safety Agency?
Chris Heaton-Harris

The first obvious point is that if the hon. Lady voted for the deal, we would go into the revised political declaration, which commits both the parties to uphold high “safety and security” standards and make arrangements to maintain close co-operation between the CAA and EASA. However, the Commission has already published proposals to extend its contingency measures for aviation until October 2020, were we to leave without a deal.

My second question (a Topical) on the Bus Services Act and when will we be seeing important further legislation?

T5. It is two and a half years since the Bus Services Act 2017 was passed, yet we are still waiting for secondary legislation to make talking buses a reality for blind and visually impaired passengers. When will this finally happen?

The Parliamentary Under-Secretary of State for Transport, Ms Nusrat Ghani

We have put together a £2 million fund to help smaller bus companies make audio-visual information available, and that should come into place next year. It is a part of our inclusive transport strategy ​and I believe that we are the first country to have such a strategy: to align ourselves with UN goals to enable people with disabilities to access public transport as easily as those who do not have disabilities.