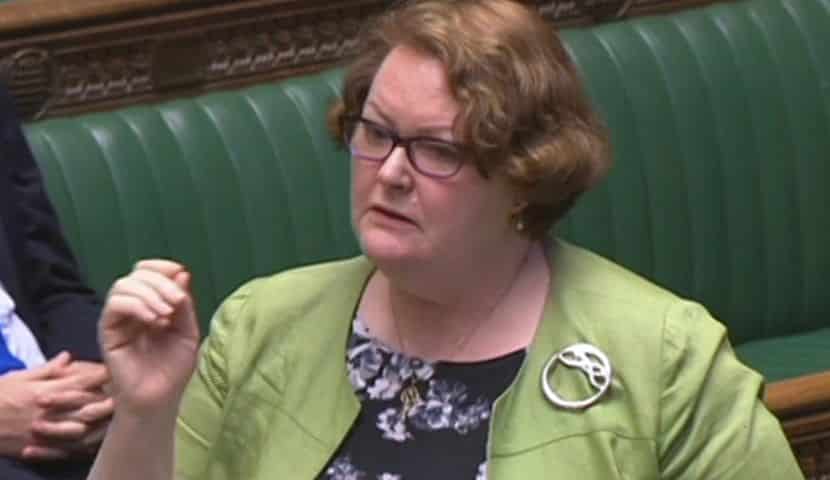 On Tuesday, September 3rd I was able to ask Michael Gove, who’s role is now the Chancellor of the Duchy of Lancaster, about the issue of radioisotopes. I have questioned the UK Government time and time again about how these will be transported after Brexit given that they cannot be stockpiled.

The claim that the Yellowhammer report is old or ‘worst case scenario’ has been clearly disproved – it was dated August 2019!

Medical Radioisotopes can’t be stockpiled due to their instability. The common one, Molybdenum, has a half-life of only 66hrs, so delays at Dover could result in a significant amount of useful radioactivity being lost – reducing the number of doses available for patients, significantly increasing NHS costs and potentially delaying treatment.

In the Spring, I was told that everything was organised and they would be flown in to UK. Now it turns out the UK Government has had to put yet another contract out to tender to organise a NEW delivery plan. That means this is simply NOT SORTED AT ALL!

See my question in full below.

For the last couple of years, along with the president of the Royal College of Radiologists, I have been raising the ​issue of radioisotopes. I was ignored and patronised, and then reassured at the beginning of this year that it was all sorted and that they had been flown in. However, on 23 July a new contract was put out to tender with a closing date last week, which means that it is not sorted at all. Could the Minister possibly explain what is going to happen about radioisotopes on 1 November?

I would hope that no one would ignore or patronise the hon. Lady, who had a very distinguished record as a physician even before she came into the House. She speaks with great authority on these issues. Unless I misunderstood it, her point refers to the fact that the Department for Transport has issued a new tender for sea freight. I understand that that tender has been well subscribed, and we should have sea freight in place. We will also have air freight in place, as I mentioned in response to my hon. Friend the Member for Cheltenham (Alex Chalk), to ensure that not just radioisotopes but all medical supplies necessary for the effective functioning of the NHS across the United Kingdom are available. I hope to stay in regular touch with the hon. Lady, because her commitment to the health of our NHS is second to none.