In March, I was delighted to attend the formal signing of the Ayrshire Growth Deal. Having been the first to raise the proposal at Westminster back in 2016, it was great to see it finally come to fruition.

The AGD is a joint venture between the three Ayrshire local authorities which has secured funding from the Scottish and UK Governments to develop a number of industrial projects across the region to transform the economic prospects for Ayrshire. 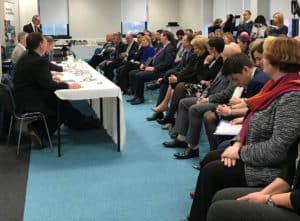 The investment has already begun to flow with the allocation of £80m to Prestwick Airport to help develop the spaceport project, visitor hub and innovation research centre, along with two new aircraft maintenance hangars and up to 350,000 sq ft of industrial manufacturing space; potentially doubling the local aerospace jobs from 4,000 to 8,000.

It has been a long and, at times, frustrating process, having initially had a positive response from the UK Secretary of State for Business, Energy and Industrial Strategy but in the ensuing months  there was little in the way of commitment from the Treasury. So, after more than two years of lobbying from the Ayrshire MPs and the team from the Local Authorities, which included a showcase event down at Westminster, I was delighted the UK Government finally announced investment to match that committed by the Scottish Government. 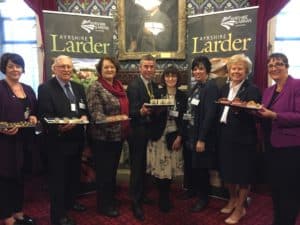 The three local authorities can now begin to take forward their ambitious plans which, for Central Ayrshire, includes investment in the Aerospace Campus at Prestwick and the 3i Life Sciences Park at Irvine.

“The AGD will undoubtedly help unlock the economic potential of Ayrshire; capitalising on the region’s existing industrial strengths and infrastructure as well as making the most of Ayrshire’s natural assets to increase tourism and leisure opportunities.

Hot on the heels of the AGD signing, came the fantastic news that the proposal to develop a Ayrshire Logistics Hub has been shortlisted as a potential site for one of Heathrow Airport’s new logistic hubs. The bid, which is a joint submission from Prestwick Airport, South Ayrshire Council and the ABP Ports of Ayr and Troon, is now one of 18 sites in the UK, and just 4 in Scotland, being considered to partner with Heathrow during their ambitious £14B expansion project. With one hub guaranteed to be in Scotland, the Ayrshire Hub is a hugely exciting prospect for Ayrshire, and the bid will undoubtedly be bolstered by the new investment coming from the AGD.