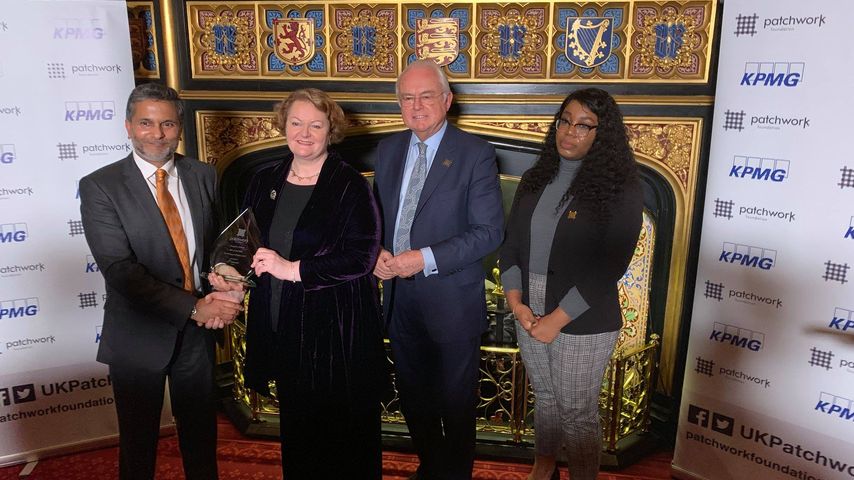 I am delighted to have received the Overall People’s Choice MP award at this year’s Patchwork Foundation MP of the Year Awards. It is a particular honour given that it is the top public accolade, being both nominated and voted for by the public.

The Patchwork Foundation organise the awards to give individuals and grassroots community organisations the opportunity to commend MPs for the hard work they do throughout the year, particularly in relation to their work with minority communities.

To have your worked recognised is always nice but when it is by the people you represent it is particularly rewarding. It is all too easy to get swept up in the vortex of Westminster so it is important to remember that it is ordinary people we serve and it is they who are most important.

In many ways, being an MP is like being a doctor, where you need to diagnose the underlying issue that is causing problems for a constituent and provide support to those who find themselves in difficulty. My greatest achievements as an elected representative have undoubtedly been when I have won justice for a constituent, or achieved an outcome which has made someone’s life that little bit easier, and setting up community projects which have helped make a difference to many individuals.

I want to thank my team both in the constituency and at Westminster who work tirelessly to help constituents and support me in speaking up for them in Parliament. I am very proud of everything they have achieved and this award is also for them.

I am very grateful to all those who voted for me. Politicians tend to face a lot of negativity so this award means a great deal and gives me greater encouragement as I continue my work for the people of Central Ayrshire and Scotland.

To watch my interview with Martin Lewis click here