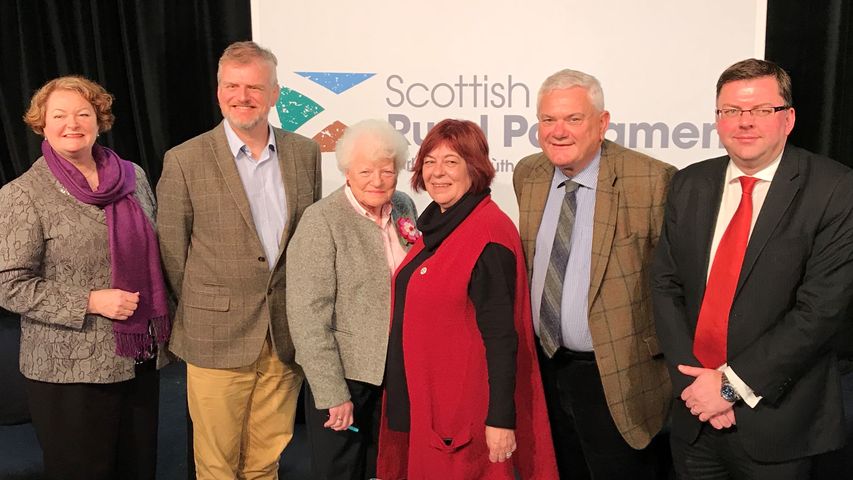 I was delighted to take part in a panel debate on the Impact of Brexit at the Scottish Rural Parliament in Stranraer, which covered many important issues including freedom of movement, market access, and agricultural subsidies.

A lack of workforce due to Brexit is already hitting key rural industries such as agriculture and tourism, with soft fruit and vegetable growers reporting extensive financial losses as produce rotted in the fields – and that’s before we have even left! Rural economies will also be hit by the loss of EU Development Funding, as currently there is no guarantee this will be replaced by the UK Government, and Scotland’s food and drink industry would be threatened by future trade deals that undercut our quality produce.

As I pointed out, 90% of all food and drink exported from the UK goes to the EU. There is much talk about trade deals with countries such as America, Australia, New Zealand; but, they are producers and exporters, so the chance of us pushing goods into their market is quite small. Losing the EU market and with it the ability to have high quality food and drink, and fresh agricultural products which are not undercut by hormone induced beef, chlorine washed chicken. or American whisky labelled as ‘Scotch’, is critical for our food and drink industry.

In terms of workforce, many key rural industries, such as tourism and agriculture, rely heavily on migrant workers. The UK Government talks about allowing immigration for EU citizens via a ‘tier two’ visa system, but you have to earn £30,000 a year to qualify and so they are immediately discounting thousands of people of who may want to come here to work. They refer to such people as “low skilled” but many highly skilled and qualified people earn less than this, particularly outside London. It is important to recognise that wealth and worth are not the same!

You can read more on the debate in the Scottish Farmer