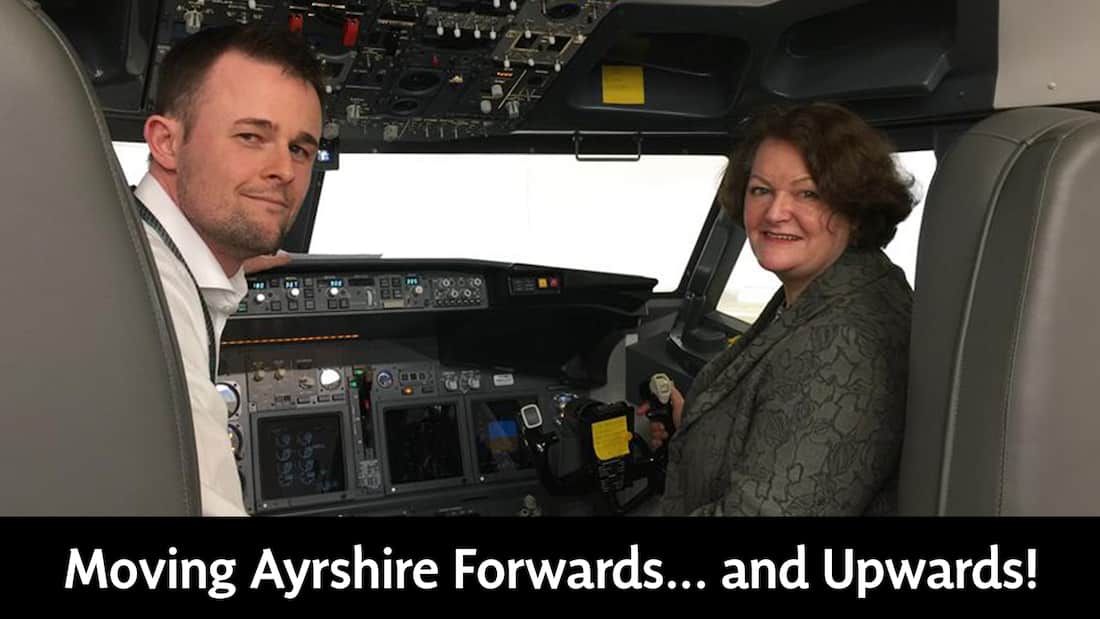 During my term as your MP for Central Ayrshire I have been committed to moving Ayrshire forwards, and to this end I have been working on and campaigning for the Ayrshire Growth Deal to improve and invest in our local infrastructure and industries.

The prospect of Prestwick becoming a Spaceport moved closer to reality last year after the UK Government supported my proposal to license a number of sites rather than select one site from a range of options. Then, in December, Prestwick Airport signed a Memorandum of Understanding with Houston Spaceport and the Rice Space Institute, bringing lift-off a further step closer.

The Spaceport forms part of the Ayrshire Growth Deal, which is a joint business venture between the three Ayrshire local authorities which aims to secure £350 million of funding from the Scottish and UK Governments to develop a number of projects across the region to help transform the economic prospects for Ayrshire. As well as building on the success of the area’s key industries, the plans seek to capitalise on the region’s existing infrastructure and natural assets, enhancing the tourism opportunities of our heritage sites, hotels, leisure facilities and stunning coastline.

Having already secured support from the Scottish Government, before Parliament rose for the festive recess, I called on the UK Government to give a similar commitment and also secured a meeting with the Secretary of State for Business, Energy and Industrial Strategy to discuss the Ayrshire Growth Deal in further detail. The meeting took place in early January and went well with the UK Government undertaking to meet with the Scottish Government to consider the proposal. As yet, however, the UK Government doesn’t appear to have taken this forward and my Ayrshire colleagues and I are continuing to keep the pressure up so that this ambitious proposal can go ahead.

You can read more about the Ayrshire Growth Deal here.

As part of this, we facilitated a Showcasing Ayrshire event at Westminster in February, where the local councils pitched the Ayrshire Growth Deal to MPs and Ministers, and where representatives from Ayrshire’s key industries were on hand to promote their businesses and sectors. There was preceded by a Taste of Ayrshire, where some of our finest locally produced food and drink were sampled by the appreciative Members and their staff. Ayrshire has much to offer and a key role of mine has been to facilitating closer working relationships between those who can help develop the potential that exists, ensuring economic growth and a thriving region in the long-term.

Read more about the exhibition here.