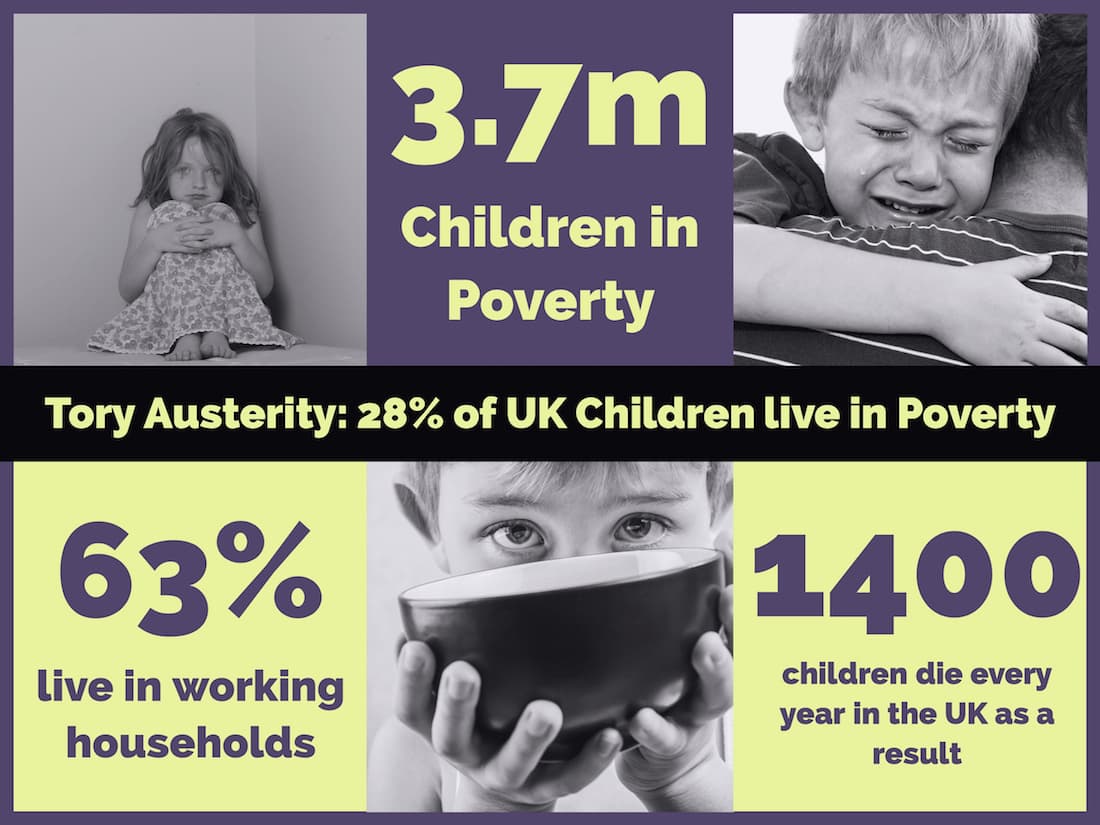 Fairness and Dignity, NOT Endless Austerity

How Endless Austerity Policies Affect Us

This UK Conservative Government has no respect for the principles of ‘Social Security’, and have targeted all their cuts at the most vulnerable while reducing income and inheritance tax for the wealthy. Although many individuals have been affected by the cuts, this endless austerity have hit two particular groups the hardest – the disabled and women.

Click here to hear Philippa talk about the effect of Tory Austerity on Women.

Support for those with a disability has changed drastically with the change from Disability Living Allowance to Personal Independence Payments (PIP) with many people finding they do not qualify for as much support under PIP or, indeed, finding they are excluded from PIP support altogether. In many cases, this is life altering with Motability cars being removed and individuals with disabling conditions being forced to look for work they are simply unfit to do.  In addition, those who are put in the Working Group have had their Employment Support payments slashed by £30 per week.

86% of all benefit cuts since 2010 have affected women, with two groups most affected – female pensioners and lone parents. Over 90% of lone parents are women and these cuts – the 4-year Tax Credit freeze, two child Tax Credit limit, rape clause, etc. – are also contributing to rising child poverty, the impacts of which will cost society much more to tackle in the long term.

Much has been made by the Tories of the new powers the Scottish Parliament has been given over Social Security, but it only amounts to 14% of the legislative competence over Welfare. For example, Holyrood has no power whatsoever to amend pension provision. Where it can act, the Scottish Government is acting through mitigating the bedroom tax and developing a Scottish Social Security system for the benefits we can control. The system will be based on dignity and respect which acts a security net for those who need it rather than victimising people who are vulnerable and in need of support. However, without full powers and with a budget that is being cut by nearly 10%, it is simply not possible for the Scottish Government to mitigate all the damage that is being done by Westminster. Most of us would rather use the powers we have to tackle problems at their root rather than simply put plasters on the surface wound, but the Tory philosophy of taking away support from those who need it most compels us to act alleviate the effects.

I believe that after a lifetime of working or caring for children, women and men should be able to enjoy their retirement in comfort. I want to see fairness and dignity, not endless austerity.