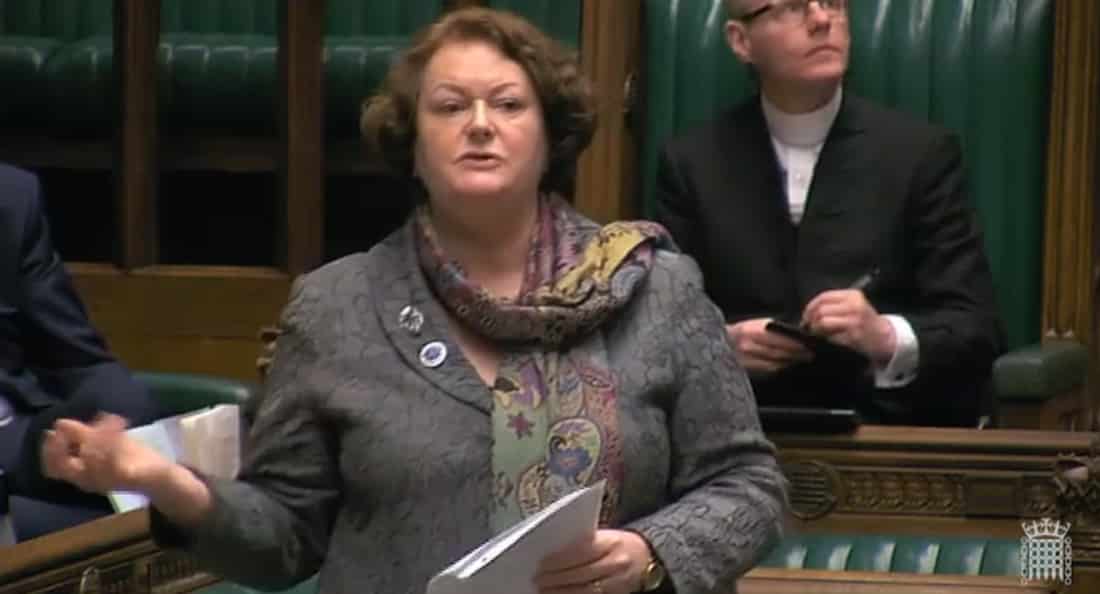 I would like to show you what I have been up to on behalf of our constituency of Central Ayrshire during my time at Westminster, a role I want to continue if re-relected in this General Election. One of our greatest assets is Prestwick Airport and the associated aerospace cluster which has built up around it, and it is vital we build on this and other key sectors – life sciences, food and drink, tourism – to ensure future prosperity. Growing industry and creating jobs is key to the economic development of the whole of Ayrshire. My record in office shows that I have actively engaged with the industry, including initiating an Aerospace Roundtable to foster closer co-operation between companies on areas of mutual interest, and have been an extremely vocal promoter of Prestwick Airport’s potential not only as a hub for the South-west of Scotland but to become the UK’s first Spaceport. When I first pitched this idea at Westminster, I was scoffed at but Prestwick is now one of the two front-runners.

“I call upon the minister to be imaginative, enable this industry across the entire UK so it can live long and prosper.”

Over the last two years I have participated in a number of debates surrounding aviation and Prestwick’s importance in the development of our space policy. This clip shows the opening of the debate at Westminster on the 14th of January 2016.

I beg to move the motion on space policy in my name and the name of other cross party members as written in the order paper. The motion, if the honourable members read it, they will see that it covers the incredible bredth and depth of this industry and its amazing potential, and I hope over the debate that that will actually be covered by people from different parts of the United Kingdom.

Some people, I have to say, are likely to stoop to using some fairly poor puns, and I’d like to register, at this point, I accept no responsibility. I lay the blame at the feet of the Prime Minister, who has stooped to using some pretty shocking puns in recent question times, for which he needs to be penitent.

Now, some people who follow the media will be aware that our former First Minister, the right honourable member for Gordon, has used, as a traveling pseudonym, the name of the famous captain of the USS Enterprise. But, for a debate as important as this I felt that we should actually contact the real McCoy, and I therefor have a message for the House of Commons from William Shatner;

“Space is one of the last known frontiers, mostly untouched by mankind and its politics. In opening a debate on this subject, it is my hope that you take the tenets of Star Trek’s prime directive to universally and peacefully share in the exploration of it. I wish you all a wonderful debate, my best, Bill.”

You can watch the rest of the full speech below:

We also have had, as some people will have seen on Twitter, a message from George Takei, otherwise known as Mr Sulu, wishing us luck as we venture to the stars. Now, this debate is not a debate on fictional astronauts, we try to get the debate on this day to honour a real astronaut, Major Tim Peake, who is currently in the international space station, and we sought it today because tomorrow he will be making a space walk. Contrary to some slightly sloppy journalism, he is not actually the first British astronaut. That honour happened a quarter of a century ago, and was Dr Helen Sharman, from Yorkshire, in 1991, and I find it incredibly appropriate that prior to that she was a research chemist for Mars.

But, what Major Tim Peake is, is our first astronaut through an increased engagement with the European Space Agency, and while Helen Sharman was on the Mir Station, he is in the International Space Station. He certainly, tomorrow, will take part in the very first British space walk. Now this will start, hopefully, at 11:30 tomorrow morning, GMT, and I would encourage schools and children, youngsters of all ages to log into http://principia.org.uk or NASA TV on the internet, where this will be shown, as it truly is an historic moment. Now what he has been tasked to do is to change regulators on the solar panels, and as these are high voltage regulators this walk actually has to be entirely carried out on the dark side.

I’m a member of the parliamentary space committee, and we had the great opportunity to have a private tour of the Cosmonauts Exhibition in the Science Museum, and I would recommend it to anyone. They spent 4 years negotiation with Russia to bring incredible artifacts to this country. The space capsule of Tereshkova, uniforms of Gagarin, and all sorts of pieces of real hardware that even people in Russia didn’t know existed. But a thing that struck me as we went round the museum was the fact that during points of incredible friction between Russia and the US and across the world, back channels always remained open, co-operation always continued on the International Space Station, and we’ve seen that in these few years of setting up this exbition when we’ve had the Ukranian crisis, Crimea, and friction over Syria. If we can work so well together in space it would be great if we could work a little bit better here on earth.

Now, any members who were in this chamber when I made my maiden speech will remember that I referred to Prestwick as being in my constituency and being on the shortlist for consideration as a spaceport. I remember during the election, whenever I talked to anyone about this they’d always just laugh, because to us in this country space is for other people, it’s for the big boys; North America, Russia, maybe even China, but not us. And that’s something that we have to change. We need to believe in what we can do, and I think Major Tim Peake’s mission will achieve that. We see the interest of school children, the Science Museum was packed during the launch, we had members in this place watching it live on screen, and we hope that that’s going to lead to an interest in stem subjects and an absolute belief in the space industry here in the United Kingdom.

The space industry is new, but the UK has a proud aviation history; Rolls Royce, supersonic flight… we need to take that to the next step and we need to grasp that opportunity. That industry has changed over the last 5 years and I applaud decisions that were taken in 2010 that led to the formation of the UK Space Agency. It is now an industry with a turnover of £11.5bn, it employs 35,000 people and three quarters of them are graduate jobs, and a third of the production is exports. The vision of the Department of Business is that it should grow to be a £40bn industry, and for that we really need to take action.

Now, I think that if it wasn’t a political decision, there should be not really any great doubt that it should be Prestwick. We actually already have almost everything that is needed; we have a runway that is touching 3km, we are in a coastal position to allow start off over the sea, we actually have the Northern Air Traffic Control Centre in our campus which allows the planning of what’s going to be some pretty clever management of airspace, and we also have relatively empty airspace. We are close to Glasgow University and Strathclyde [Uninversity], technology catapults, and we uniquely have an aerospace cluster on the airport campus. This contains BAe Systems, Spirit Aerosystems, and many others, all of whom are really interested in the idea of a spaceport. And up the road from us is Clydespace who make small cubesats that are only a litre in size.

Now, early communications satellites were weighed in tonnes and were the size of a double decker bus, but the UK, through Surrey Satellites, has led since the 80s in producing ones that are about the size of a fridge, and that is a step change. It has been shown that if the cost of getting a satellite into space gets down to being in the tens of thousands everyone’s going to want one, and we will have to look into the regulation of that or space will just be full of junk, but it does enable all sorts of possibilities. But, we do not have a domestic launch site, and that is why the aim is to have a UK Spaceport by 2018.

So I would call up the minister to not just to look at having one spaceport, I think this is an industry that is going to mushroom, I think that we need to accept that there will be all sorts of sectors that will develop that we haven’t even thought about. I think it will diversify. This is a real industry, not the ‘beam me up, Scotty’ or fretting about the dilithium crystals that we see on the telly, but a multi billion pound industry. So I would call on the minister to be imaginative, and to be brave, and to be boldly going where no minister has gone before.

I would just like to say in closing that Prestwick was Scotland’s first ever passenger airport, and it was actually founded by Group Captain David McIntyre, the first man to fly over Everest. This is the kind of imagination and drive that we need, so I call upon the minister to be imaginative, enable this industry across the entire UK so it can live long and prosper.