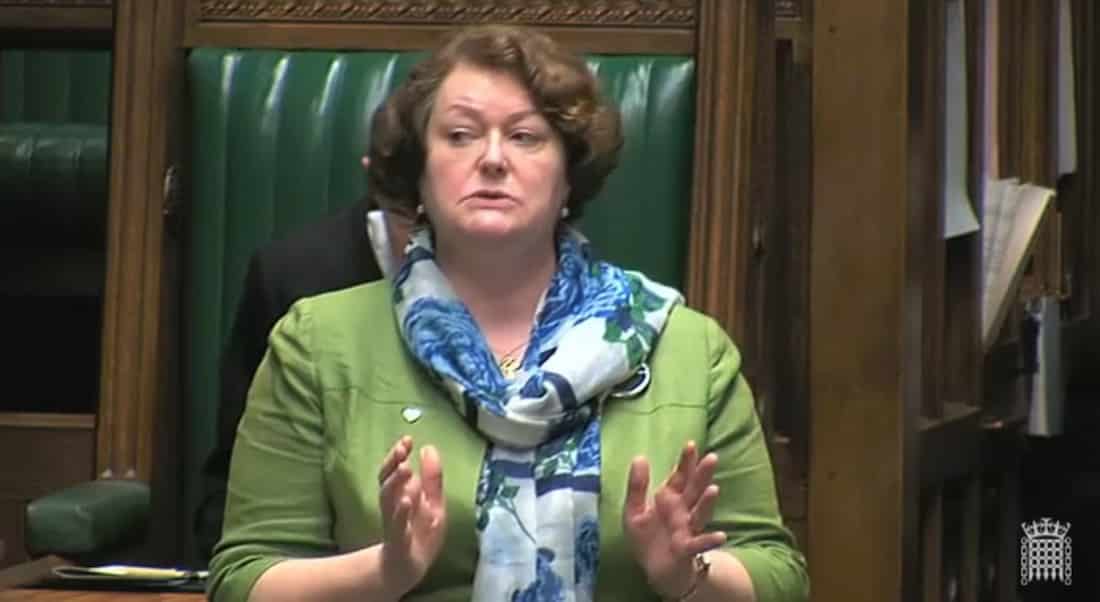 Many people think of ‘Junior Doctors’ as just those first couple of years and that it’s character forming, to work a bit hard and not have a lot of money. But in the NHS, which is quite a hierarchical beast, you are a junior doctor all the way until you’re not a junior doctor, when you become a senior doctor, either a consultant as I was for the last 19 years or a GP. That means you’re talking about people who may be in their 30s, they have children, families, mortgages; it is not youngsters who are just able to move around flexibly, or have very little financial commitments, and it’s important that we remember this.

Obviously, it’s quite some time since I started as a junior doctor, more than 30 years ago in 1982 when we had absolutely no limits on hours. My light week was 57 hours a week, my heavy week was 132 hours a week. You just had no idea what your name was by the end of a weekend. Now it took more than 10 years of my career before we got the first new deal starting to come in, in the early 90s. That introduced that trusts or hospitals had to pay an additional premium to junior staff if they worked excessive hours. The definition of excessive hours at that time was still pretty lax, but it was the first step, and it was then tightened up in 2003 when the European working time directive came in.

The Secretary of State [Jeremy Hunt] talks about taking away those safeguards and replacing them with something else, but with what? They have served us well, and when trusts are in financial difficulties, the pressure for them to save money is likely to completely outweigh any little safeguard. The 48 hours working time directive does not come with punitive safeguards, and the financial one was important.

It’s important to remember that the basic pay is already 7 o’clock in the morning until 7 at night, that’s a pretty long day for most people, Monday to Friday. It is proposed that this would extend the basic rate of pay from 7 in the morning until 10pm at night and include Saturdays. What many people don’t know is that a junior doctor starts at under £23,000 a year, so below what we’ve been arguing about [regarding] the benefit cap. Their salary is largely made up of our of hours [work].

As has been mentioned from both sides of the house, people actually do not go into working in a hospital in the NHS to make a lot of money. On the scale of ways for the smartest people in our country to make money, it is not actually that high up the list. They do have a vocation, but we therefor have a responsibility not to exploit them.

The Secretary of State talks about how no one will lose money, but I want to know about what will happen to the people who start next August. In the very first change in hours, I went to start my surgical career in Belfast, and what my rota there was, which was a 2 in 3 – every third evening off, no weekends off for a year – was now illegal. It was simply defined by the hospital as ‘your extra hours will be considered as voluntary service’. It’s a hierarchical organisation, bullying exists within it, the junior doctors are in a weak position, and these safeguards have worked very well for a very long time and I would be very reluctant to see them go.

I would agree with the Secretary of State from the point of view of patient safety. There is no one in the profession that does not want to see a 7 day emergency service that is strong and responsive to the needs of patients who are unwell, but we keep moving from the track of people who are ill to routine services. The Secretary of State said we must not call them avoidable, and yet within [his] speech we heard 200 avoidable deaths a week. That’s exactly the same thing which Bruce Keogh describes as rash and misleading, and people object to that. There are no excess deaths at the weekend, it is from people who are admitted at the weekend, and that is radiology and investigation. In Scotland we’ve been moving to that over the last decade by working with the profession, not pulling out the pin and throwing a grenade.

I would totally agree with the Secretary of State that there is an importance of investigating [this], but it’s also important to understand what the cause of the problem is. A lot of the problem in Mid Staffs was the proportion or ratio of registered nurses to patients. That has also been echoed by Gray in his review of 103 Stroke Units, showing that having additional consultant ward rounds at weekends had no impacts on deaths, and yet a better ratio of registered nurses reduced deaths by a third. We need to know what the problem is before we spend billions trying to solve the wrong thing.

There is no question that I have also heard since I have come to this place [Westminster] stories of people not being able to access diagnostic imaging, not being able to work up patients. There is no argument on that from the profession, but that’s what we need to focus on, whereas a lot of this seems to be about routine. The reason there are fewer doctors at the weekend is because we don’t do routine work. We have whole teams of people who are doing toenail clinics or blood pressure clinics during the week. If we’re talking about doing them at the weekend, Prof. Jane Dacre estimates that we would need a 40% increase in doctors. We can’t do that. What we need to make sure is that the weekend has enough people and the right people to be secure.

Junior doctors are already there, it’s not them that are missing, and emergency services already have a consultant on call. Now, it may well be that there has to be more discussion about them being physically in, but that is a discussion with the profession, not what we heard on the 16th of July giving the public the impression that senior doctors only work 9-5 Monday to Friday, that was very hurtful to the entire profession.

“The progression and migration in Scotland towards robust 7 day emergency care has been happening through a dialogue, not through a threat to impose a contract.”

The progression and migration in Scotland towards robust 7 day emergency care has been happening through a dialogue, not through a threat to impose a contract. There are other things in this, the plan to change pay progression, which is currently on an annual basis to recognise experience. This will replaced with just 6 pay grades. This will affect women particularly because they tend to take a career break, they tend to work part time, they’re going to get stuck at a frozen level for much longer. It may be a disincentive to people to go and do research because they will be stuck at the same rung of the ladder for longer. We do not want that disincentive. We need to make sure that we are valuing how people develop and the experience that they accrue along the way.

I think that there is no question that we require dialogue, but it must be sitting down at a table without pre-conditions, because that’s what happened through July and through the summer was the threat of imposing a contract instead of proper negotiation. That’s where we should be trying to get to, that both sides negotiate in good faith across a blank sheet of paper. It’s the threat of imposition that is what has hurt junior doctors.

What has also been talked about is taking away the guaranteed income protection of GP trainees, to try to keep them at the same level as they were and replace this with a discretionary payment. Now a discretionary payment can be taken away at any time, it can be cut, it can be changed. The Secretary of State aspires to have 5,000 extra GPs by 2020, but we know from the BMA that one third of GPs, that’s 10,000 out of just over 30,000, are planning to leave, which means we need to find 15,000 extra GPs. So anything that is a disincentive for people to go into that profession is not serving the NHS.

I think that how [this] has been handled is a total disincentive, but I think that could change. We could simply make the decision going forward to move to negotiations without preconditions, without threat of imposition. The threat to impose or to change terms and conditions for people, who in the past like me routinely worked over 100 hours, that is a ghost that haunts the NHS and it is something that really frightens junior doctors.

What the Secretary of State has not explained is how within the same pay envelope that there will be more people working at the weekends. but not working extra hours, but not having less during the week. At the moment it is a circle that can’t be squared. I think that we need to see the detail of how that can be done. If the vision is actually having more routine work at the weekend, as I say, that would be a massive uplift in numbers of doctors that we just simply can’t afford.

We’re already haemorrhaging doctors, acute physicians describe 48% of junior places unfilled, obstetrics is 25%. They can go anywhere, and we heard that over 1500 of them registered for certification for overseas work just last week. We need to be careful that we are attracting them to stay. They are the brightest and best in our society. They have chosen to do a vocation. We need to bring them to the table, but by offering to start with a blank sheet of paper, not threatening them. They are not radicals, as was said, they are people who want to do the best for their patients.

So I would suggest that the Secretary of State, and those who are working with him, look at how they have spoken to both senior and junior doctors over this summer, which frankly, having come new to this house, I find is quite shocking and quite disgraceful. I think we should draw a line under that and try to change the tone, and try to go forward and find a solution that is fair to junior doctors, fair to patients, and safe, and is not exploiting people, and not by threatening people.