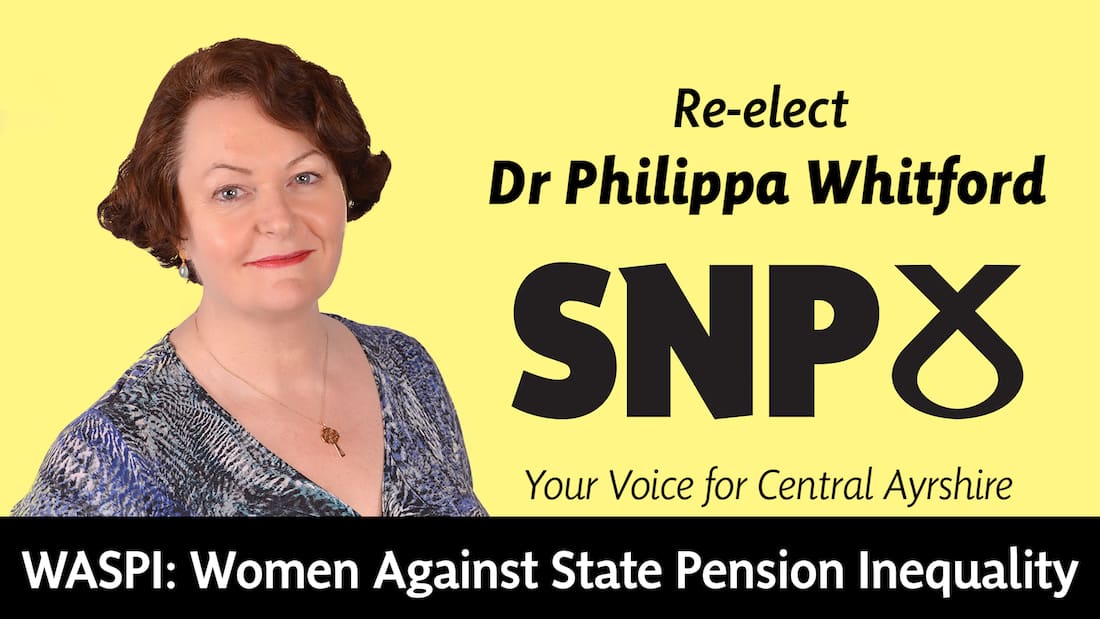 The cruel cuts imposed under Tory austerity have had appalling effects on many within our society, especially those who are least able to bear the burden. Not only has this Conservative government implemented the Bedroom Tax, cuts to Disability allowances, longer waits for any financial support, the Two-Child limit for Tax Credits and the infamous ‘rape clause’, it has also had a drastic effect on the retirement of many women and caused massive state pension inequality.

Hear more about the affect Tory austerity has had on women here.

Women born in the 50s have had their State Pension deferred by up to 6 years without receiving proper warning and, despite being challenged repeatedly by SNP MPs at Westminster, the Conservatives refuse to introduce a fair transition to avoid these women facing years of financial insecurity.

The Prime-minister has also refused to guarantee the ‘Triple Lock’ on pensions to ensure they rise by the largest of – earnings, inflation or 2.5%. The UK pension is one of the meanest in the EU, leaving our older citizens struggling to get by instead of having some dignity and comfort in their later years.

In 1995 the law was changed to equalise the retirement age between men and women. We don’t object to this, this is totally fair, but the problem is the women involved were never informed and never given any warning so that they could prepare for such a drastic change in the retirement age.

That’s why we have the campaign group Women Against State Pension Injustice, or WASPI. They’re not going away, and the SNP are the only party that have consistently and actively spoken up and campaigned for them, in every debate in Westminster, in local rallies, and online.

It is absolutely outrageous to be leaving these women trapped in financial hardship between the age of 60 and 66.

I’m asking you to send me back to Westminster so that I can still speak up for pension justice.

Learn more about the increase in womens’ state pension age here. If you feel that this has affected you and you would like more information please visit the WASPI website.