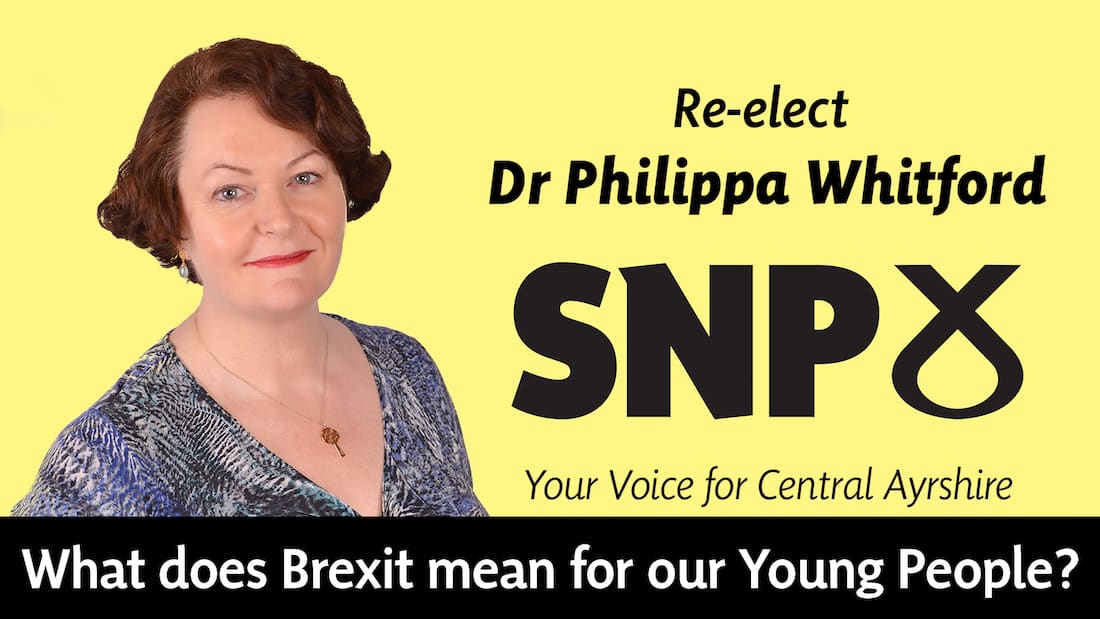 What does Brexit mean for our Young People?

Brexit is not just about trade. Brexit is about us losing the rights and opportunities we’ve gained from over 40 years in the EU. 27 years ago Europe was divided by an iron curtain and the Berlin Wall. Now, one generation on, Mrs May is trying to create a barrier between us and the rest of Europe.

Freedom of movement isn’t just about people coming from the continent to live and work in the UK. We’ve had the right to study, live, and work in any one of 28 countries. Why would we want to take that away from our young people?

That’s why I want to go back to Westminster and stand up for Scotland’s place in Europe.

If you’d like to find out more about what Brexit will mean for you and your family, you can join us at a public meeting with Alyn Smith MEP at the Anchorage Hotel, Troon on Monday 29th May 2017 at 18:30.

The SNP’s Position on Brexit and the EU

The SNP believe that EU membership delivers many social, economic and cultural benefits for individuals, business and communities across Scotland. We believe that the best way to build a more prosperous and equal Scotland is to be a full independent member of the EU.

On 23 June Scotland voted emphatically to remain in the EU. The SNP’s priority now is to protect Scotland’s interests.  We are considering all possible options to ensure Scotland’s continuing relationship with Europe, and published our paper Scotland’s Place in Europe in December to set out our proposals.

At the heart of the proposals is a framework to keep Scotland’s place in the European Single Market. A Tory hard Brexit, outside the single market, threatens to cost Scotland 80,000 jobs over a decade and cost people an average of £2,000 in wages. Retaining our place in the Single Market would avoid that. You can read more about these proposals here.

The SNP doesn’t believe the EU is perfect and agree that it needs reform, however we want Scotland to have a louder voice in Europe, an increased contribution to EU policy making and an opportunity to be part of discussions about reform, rather than becoming even more distant by removing ourselves altogether.